Sighting In For Pronghorn

It'd be unlike me to sight in any earlier than the day before my big Antelope hunting trip.

The first three shots at 50 yards looked close enough to move to the 100 yard target. The first four I threw downrange were... widely spread. It's been awhile since I've shot the rifle, what can I say.

I concentrated really hard on my shooting technique before firing off the next string of three. They landed inside a 1.25" circle at zero elevation and about 1" right of the target. Ok, that's a lot better.

I tried to adjust elevation and windage, goofed that up, and by now the barrel was too hot and time had slipped by so the last three were high, but at least close to center.

I"m really pleased with the new trigger. Nice crisp break with no creep or overtravel that I could discern, and the pull is just right. The scope is really nice, too. Bright, clear picture making it easy to see the holes in the target, for once. 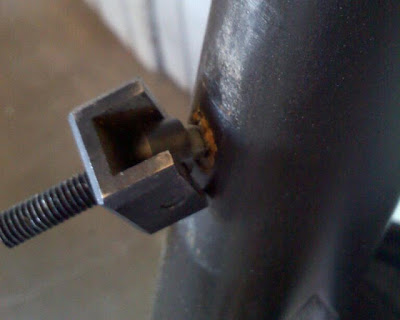 Posted by Mike Shimniok at 8:50 AM

Email ThisBlogThis!Share to TwitterShare to FacebookShare to Pinterest
Labels: Hunting